Showing posts from April, 2012
Show All

BACK ON THE FRONT BURNER-THE FUEL SUBSIDY PROBE PANEL REPORT 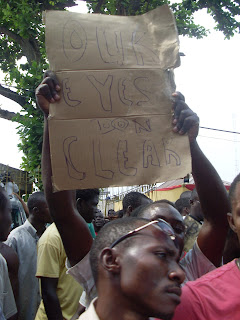 Nigerians are angry but not yet very angry, yet. How many times do we have to go through this vicious cycle of lies, manipulations, intimidations and distractions? I am very upset because this crop of rulers in Nigeria thinks and believes that they would keep using the same tactics to keep Nigerians under subjection by manipulating what we should major on at any given time. They are not smart enough to see that times are changing; they have not woken up to the clear reality that Nigerians are coming of age; it has not dawned on them that Nigerians are no longer babies who are easily distracted and enticed away from a dangerous object when they are given a safer toy. When will they learn? When will they realise that while they are satisfying their drunken urges and despicable sexual orgies in Government guest houses all over Abuja and our state capitals that we are busy at work? Yes, we are busy educating Nigerians; We are busy exposing the corrupt practices of this administrati
Post a Comment
Read more 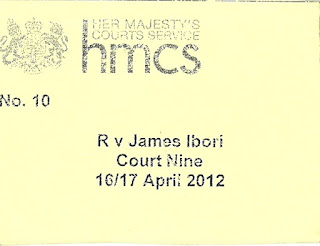 My ticket No. 10 A relative of mine called last night to say he just saw me on BBC prime time news and as the conversation progressed, he asked, “Now sis, what drives you?” I was taken aback as I realised I did not know the answer but I said, “Whenever I find a man not being treated fairly by a wife whose loyalty lies with the family she came from instead of the one she should be building with her husband, I want to take him home and look after him; When I find a woman who is battered by her spouse and being treated as less than a human, I want to take her home and just protect her and when I find a child not receiving the nurturing love and care s/he deserves, I just want to take the child home and just love him/her. I guess that whatever it is that drives me must have driven me to start speaking up for and become protective towards Deltans and Nigerians generally, from the fraudulent Nigerians that have seized our common wealth. The same force drove me and a few other Nige
2 comments
Read more

When Politics and Power are involved, a massive degree of Responsibility should, in principle, be involved. History and current events are full of examples where a lethal combination of the former is divorced from the latter. But Lauretta Onochie, of Nigeria, is the classy cornucopia of all the three elements, and a standing example of a stable face in the world of politics. Via Email, Lauretta spoke to DeltaWomen's  Kirthi Gita Jayakumar . 1. What inspired you to take to politics and political studies? I must say my going into politics was not planned. Although I have always been interested in politics, I never ever dreamed of being involved. I guess coming from a culture such ours, women do not naturally dream or aspire to political prominence. I actively got involved in politics in the local area where I live in the UK when we could not find Africans to run along side other ethni
Post a Comment
Read more
More posts