Showing posts from July, 2018
Show All

CHRISTIAN ASSOCIATION OF NIGERIA (CAN), NOT IN TALKING TERMS WITH GOD! 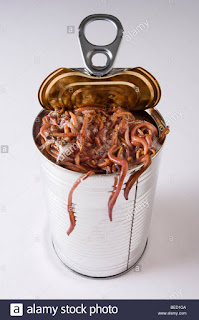 This piece has nothing to do with the millions of Christians in Nigeria who Love the Lord with their whole hearts and their neighbours as themselves, as commanded by our Lord, Jesus Christ. On June 16, 2018, lost in the euphoria of Nigeria versus Croatia match at the on-going FIFA World cup tournament in far away Russia,  was the cheering news that the Nigeria Police had nabbed the five suspected killers of two Rev Fathers in Benue. Their names were given as follows: Manga Husseini, David Akenawe, Agada Tsesaa, Tarza Orvanya & Ngyohov Shin. The mostly sleeping Nigerian media, for reason explained to the nation by one of our veteran journalists, did not consider it "Breaking News". They did not even do their usual "Cut and paste". This is a bid to demarket President Muhammadu Buhari, a man elected to salvage a nation that it's ruination was backed by unrighteous men parading themselves as Christians. The CAN of worms that reap from the bloody
2 comments
Read more
More posts