Showing posts from August, 2016
Show All

WE ALL WANT SAME THINGS FOR OUR CHIBOK GIRLS - Lauretta Onochie

When it emerged in April of 2014 that over 200 Nigerian school girls had been abducted from their school, it sparked not just a national outrage and disgust, but the international community too, was outraged and disgusted at what many saw, not just as crime against the education of the girl child, but a crime against humanity. Groups and individuals, using the hashtag, "#BringBackOurGirls", sprang up locally and across the world, to hold the President Jonathan administration by the balls, to act decisively to rescue our girls. This inept government, did little but use its cronies to try to prove that the abduction was a hoax. The whole world especially women and mothers identified with the pain, agony and anguish of the Chibok school girls' families. The closest the female members of the Jonathan Administration got to acknowledging this heinous crime by the Boko Haram insurgents was a show of shame organised by the Wife of the then President, Mrs Patience Jo
1 comment
Read more

NO HONOUR AMONG THIEVES - 2 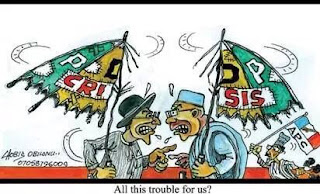 💠 Rodents, Weeds take over PDP national secretariat 💠 No one would have imagined how low the PDP would have sunken in such a short time out of power. But their decay began even while in power. Consumed with greed, they neglected everything and everyone, including Wadata Plaza, Stock Plaza!  💠 Even at a time when they were hurling sacks of dollars across the nation to buy undeserved electoral success for the inept President Jonathan, they were too greedy to spare a few tubs of paint to give their looting headquarters a facelift. 💠 No one is shocked that Wadata Plaza is now a harbour for rodents and weeds and probably, dangerous reptiles. But that's what happened to many businesses under their watch.  💠 Under their watch, that's also, what happened to millions of Nigerians who could not rub two coins together as their lives got overgrown with weeds of hunger and rodents of poverty and many went to bed hungry. 💠 Nigerians will not forget in a hurry, t
Post a Comment
Read more 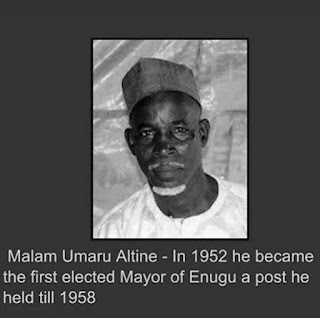 🇳🇬 "Wa" is the Yoruba word for "Come" "Zo" is the Hausa word for "Come" "Bia" is the Igbo word for "Come" 🇳🇬 Yoruba, Hausa and Igbo are the three dominant cultures and languages in the former three geo-political zones of Nigeria, namely, Western, Northern and Eastern Nigeria.  🇳🇬 The word "Come" in this context, denotes invitation to friendship and brotherliness. Invitation to share. Invitation to work together as a people.  🇳🇬 This explains the reason why our founding fathers had mutual respect for one another. They were selfless in their pursuit of National development as they saw the whole of Nigeria as their constituency.  🇳🇬 Nigerians moved freely to other parts of Nigeria to settle without fear of being attacked. My grand father who was the Hospital Administrator in Zaria told me that when they first arrived in the North, many southerners could not cope with the intense heat of
Post a Comment
Read more 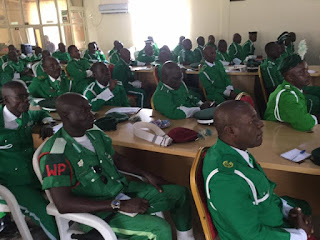 Background On March 20, 1984, the then Chief of Staff, Supreme Headquarters, Major-General Babatunde Idiagbon launched a campaign on ‘National Consciousness and Enlightenment’  at the National Theatre, Igamu, Lagos which lifted the nation into a sphere of national awareness and prepared ground for the then Head of State, Commander-in-Chief, Major-General Muhammadu Buhari’s clarion call that we are all Nigerians and we must fight indiscipline. This formed the basis for the nationalism and patriotism campaign, the third phase of National Consciousness and Enlightenment – the WAI crusade which was launched in Jos, Plateau State, on Monday, August 27, 1984 with emphasis on the National Symbols – the Flag, the National Anthem, the Pledge and the Coat-of-Arms. The War Against Indiscipline (WAI) Brigade was formed therefore to give practical effect to the campaign against indiscipline. It is a uniformed voluntary association of able-bodied young men and women trained and ex
1 comment
Read more 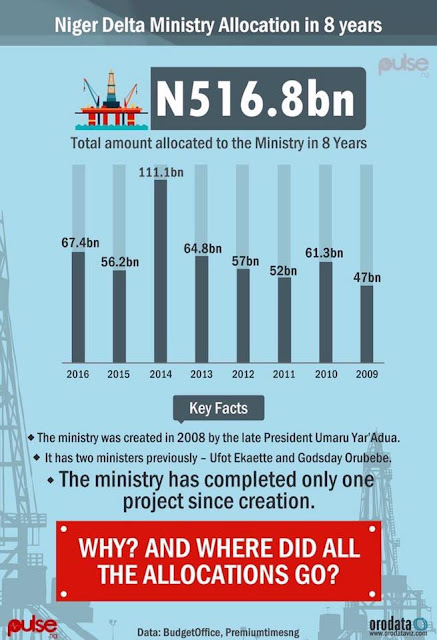 People are asking where this money went to. I mean, the budgetary Allocation for the Ministry of Niger Delta for 8 years. With no completed project to show for it? New mansion in Abuja and overseas.  Additional wives Guns for small thinking Militants.  Ostentatious living Fat bank accounts Pot bellies  Other vices. Now, before you accuse other Nigerians of marginalising Niger Delta, ask Niger Delta raiders, oops, looters, sorry leaders, who presided over this Ministry. You can start with Chief Godsday Orubebe.  You can also ask ex Pres. Jonathan, why he looked the other way while projects, earmarked for the development of the area were either abandoned or not started at all.  Another question you can ask is why their children are studying overseas while all they have given you from the money they stole from you is a deadly weapon and bomb-detonating skills. While they live in their lavish homes in Abuja, you are crawling from one creek to anothe
Post a Comment
Read more

CHRIS AGBOBU: BETWEEN FALSEHOOD AND STATESMANSHIP 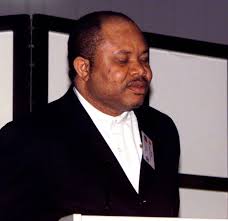 Chief Agbobu It beggars belief that at a time, the PDP is apologising to Nigerians for ruining the nation, chief Chris Agbobu of Delta state PDP and a former Minister of defence has chosen the path  of a lap dog at his age. What people do, especially as elder statesmen is to declare the truth. But not chief Agbobu. He has shirked his responsibilities to not only his local government, Aniocha South, but to Anioma nation and the whole of Delta state by taking a swipe at the well respected Chief Hyacinth Enuha who merely exercised his rights to free speech by holding to account the lack-lustre government in Delta state. Every citizen, both young and old, has the constitutional mandate to speak as they deem fit, regarding the services or lack of it, from those they have elected or as the custom is in Delta state, those that imposed themselves on the people of the state. That's all Chief Hyacinth Enuha did. Chief Enuha is a noble man, brave and courageous. It takes
3 comments
Read more 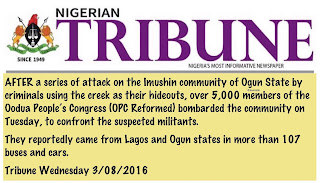 💠 In the hey days of the insurgence of Boko Haram, under the morbidly corrupt and ineffective administration of Pres. Goodluck Jonathan, young Nigerians from the North East, formed themselves into what later came to be known as the Civilian Joint Task Force, JTF. 💠 They were propelled by the desire to be safe and patriotism drove them. At the time, they felt the Nigerian Army wasn't doing a great job. But today we now know why the Nigerian Army, that has now decapitated Boko Haram failed under Jonathan. 💠 President Jonathan and his more than forty thieves had presided over the looting of the defence funds meant to equip our Army to effectively fight the Boko Haram insurgents. 💠 The Civilian Joint Task Force were mostly farmers and hunters but other professionals whose towns and villages had been sacked, soon joined them and as they were more familiar with the terrain, they became an important part of the defeat of the Boko Haram under the more capable and dedicated Pre
2 comments
Read more 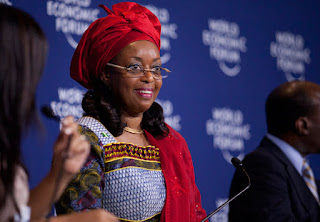 👎🏼 Nearly a year ago, we said that we were in possession of information to the effect that ex President Jonathan, Diezani Madueke and many of their cohorts and PDP looters had allegedly budgeted an obscene amount of money for a media war on the trusted government of President Muhammadu Buhari. 👎🏼 A few months ago, the first shot was fired. It began from the North. Dr. Junaid Mohammed may not be part of this sinister orchestrated plan, but he played into their hands so they jumped on his tail. 👎🏼 After Dr. Junaid Mohammed's attack, came the Northern Christian Association of Nigeria. They ignorantly opined that all appointees of the President from the north were Moslems. It was a dead giveaway that the writer was not from the North. A Northerner would know most names in the north are common to both Christians and Moslems. It was a sponsored piece of nonsense that the leadership of Northern CAN took credit for. 👎🏼 They then employed the services of foreign medi
Post a Comment
Read more
More posts