Showing posts from July, 2012
Show All

A SECOND CHANCE AT DISASTER 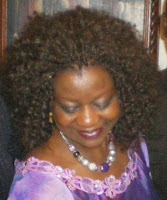 I have been thinking of this for a while and looking for an opportune time to air my view on a sore issue that exists among us but about which many of us take a religious stance and others adopt the ostrich dimension by burying their heads in the sand. However, with the sticks and daggers being thrown at Chris Okotie at the recent revelation that his second chance has ended in disaster, I thought that the time was ripe to say some simple things many of us over-look and take for granted. I must state here that I am NOT taking a religious view on this issue but my approach is on the wings of common sense. Marriage in the Nigerian culture is patterned for the woman differently from the way it is for the man, in a slightly sort of way. A female child in our society is expected to be born, go to school (thankfully now), serve her older and younger brothers (as a practice for her lifetime role), marry, endure it whether she likes it or not,  and die (most times from pains of being
Post a Comment
Read more
More posts