Showing posts from October, 2015
Show All

Oliseh Metuh Is there any one left among Chief Oliseh Metuh's friends who can explain to him the true situation of things in Nigeria? I ask because I am beginning to think that the Oliseh Metuh's of this nation, get really upset that not only are Nigerians now in power, they are also happy with the leadership they chose for themselves.  It's true that Oliseh Metuh, who is now sounding like a broken record, did not correctly read the handwriting on the wall before and during the last election that swept him and PDP out of power. They had it coming but they had plans which did not include the Card Reader. Who is to blame for their misreading the mood of Nigerians who were clamouring for a change of direction but were ignored by the PDP administration of Pres. Jonathan? Who is hounding dissenting Voices? It's also true that during the reign of PDP, they hounded those who did not agree with their oppressive regime using EFCC, the police, ICPC, NDLEA, etc. Ca
Post a Comment
Read more

SELFISH AND GREEDY OHANEZE DOES NOT SPEAK FOR NDIGBO - Lauretta Onochie. 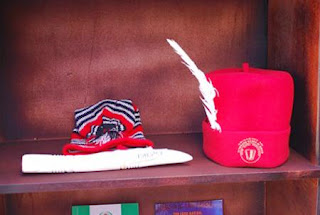 Many Nigerians have watched with tongue in cheek as the group known as Ohaneze Ndigbo has paraded itself as the group with the interest of Ndigbo. For starters, let us look at the meaning of Ohaneze Ndigbo. Oha means the ordinary people. Eze means King or in this case, Elites. The phrase Oha na Eze Ndigbo as an organisation would mean an association that is for all Igbo people, irrespective of whether they are elites or ordinary Ndigbo or their social status. But what we have seen in Ohaneze is an organisation that is far from representing the interests of the ordinary Igbo people. The 'Oha' have been completely relegated to the background. For many years, children of school age would be seen at various markets in Eastern Nigerian learning how to use calculators and shunning formal education. Their main ambition, or should I say the life plan for such children by their parents is a life in one of those dingy market stalls, with 10,000 power generating sets and no ventil
Post a Comment
Read more
More posts