Showing posts from September, 2015
Show All

The Nigeria Labour Congress (NLC), Trade Union Congress (TUC) and civil society on Wednesday advocated capital punishment for corrupt officials as obtained in China and India. Making the call at a joint news conference in Abuja, the NLC President, Ayuba Wabba, and TUC President, Bobboi Kaigama, said the campaign against corruption must be intensified and sustained. To drum support for the anti-corruption crusade of President Muhammadu Buhari, they said the organised labour would hold a mass rally on Thursday in Abuja. Mr. Wabba said the NLC was in support of whatever would address the issue of corruption in the country, including death sentence. “If such capital punishment can happen in China, India and South Africa, it can also happen in Nigeria; whatever measure that will address the issue of this mind-boggling corruption in the country, NLC will support it,” he said. Mr. Wabba noted that corruption had badly damaged the core of the country’s national existen
Post a Comment
Read more

Abuja – The Inspector General of Police (IGP), Mr Solomon Arase, has ordered an immediate clampdown on persons or group of persons inciting violence and social disorder across the country. This is contained in a statement issued by the Force Public Relations Officer, Olabisi Kolawole, acting Assistant Commissioner of Police, in Abuja on Thursday. The statement explained that the directive became imperative because of recent activities of members of the Movement for the Actualisation of Sovereign States of Biafra (MASSOB) and the Indigenous People of Biafra (IPOB) in some parts of the country. It said that the order empowered the police to arrest anybody fomenting any act of violence or disorder, or any act inimical to the security of the nation. The statement said that the following arrests had been made ; Anambra four, Imo six, Delta11, and Abia one. It further warned that all persons so arrested for inciting violence, irrespective of their class or status in the societ
Post a Comment
Read more

A former governor of Bayelsa State, Timipre Sylva, and a former Nigerian Ambassador to Japan, Emmanuel Otiotio, on Monday submitted their expression of interest and nomination forms for the forthcoming All Progressives Congress governorship primaries in the state. They became the last set of aspirants to submit their forms at the party’s National Secretariat. After submitting his forms, Sylva told newsmen that he is in the race to salvage the state and complete the good work he started but was not allowed to complete before he was forced out by a combination of forces from within and outside the state. He accused the incumbent governor of the state, Seriake Dickson, of abandoning most if not all the projects he executed when he was governor. Sylva said, “As of 2012, we were poised to celebrate in 2013 one year of uninterrupted power supply in Yenogoa city, I had installed turbans and there is a turban that was 93 percent complete when I was ousted. The outgoing government r
Post a Comment
Read more

President Buhari Nigerian Immigration Service has ordered former Nigerian public office holders to immediately hand over official and diplomatic passports issued to them while they were in office. Vanguardngr reports that the officials says the action is based on the directive of president Muhammadu Buhari.  The categories of officials affected by the directive are former governors, former ministers, former senators, former members of the House of Representatives, and former members of state Houses of Assembly. Others involved are former commissioners, former special advisers/special assistants, former chairmen/deputy chairmen of local government areas, all retired heads of parastatals and retired public servants. “These categories of persons are hereby informed that these passports which were previously held by them have been revoked and should return them to the Nigeria Immigration Service Headquarters Sauka Abuja with immediate effect,” the Comptroller-General of the Imm
Post a Comment
Read more

A member of the Senate, Shehu Sani, who represents the central Kaduna constituency in northern Nigeria in the Senate, said he was worth 22 million naira and has several houses and cars. Sani on Monday became the first sitting member of the legislature to declare his assets publicly, following President Muhammadu Buhari’s example for greater transparency and accountability in the graft-riddled nation. Sani, a human rights activist who heads the Civil Rights Congress lobby group, said his decision was prompted by Buhari’s “moral standard” for more openness in public life. Buhari last week declared he had no foreign bank accounts or oil concessions, owned five houses but only $151,000 (135,000 euros) at a local bank.  Aides said it was an indication of the 72-year-old’s “spartan lifestyle”. His deputy, former lawyer Yemi Osinbajo, said he had about 94 million naira ($466,000, 418,000 euros) in his local bank accounts, $900,000 and 19,000 pounds in other bank accounts, four
Post a Comment
Read more 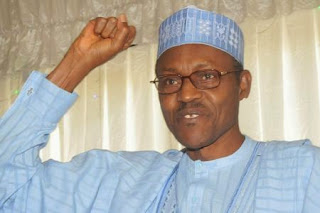 There was no doubt that the much touted breath of fresh air under the immediate past government of former Pres. Jonathan was a farce. Very few people around the globe were therefore, not surprised at the passion and commitment with which Nigerians mobilized to get rid of a government that was mostly useless in its dealing with those they were elected to serve. Impunity and corruption sat side by side as co-heirs of the kingdom of Nigeria, battling for the souls and minds of Nigeria and Nigerians.  Still, some expressed pessimism, concern and even doubt that Nigeria would ever see the sun rise ever again. The thought of "change" from what has set Nigeria decades back, propelled many Nigerians to join the party, "Anything But Jonathan" ABJ. These joined forces with the then opposition party, All Progressives Congress, APC to wrestle political power and for many, freedom, from a government and a political cult that has punished Nigerians for sixteen years and
Post a Comment
Read more
More posts