Showing posts from June, 2013
Show All 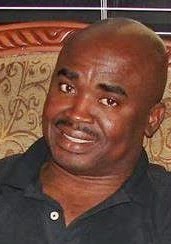 Corruption means the abuse of authority or a position of trust in order to gain an undue advantage over others. Institutionalized or endemic corruption implies a widespread abuse of authority or positions of trust by an organised cartel or a group of morally bankrupt entities who over a long period of time expose the generational population to compulsive potentials to become corrupt themselves, corrupt others in order to gain an undue advantage over others and in the process, hurt the system and by extension, the masses. Corruption comes in two major ways; corrupting someone else, or one's self. Corrupting someone means to buy off or pay off someone with influence in order to receive a favour.  Self corruption is when one yields to the compulsive temptation to tamper with valuables under one’s custody arising usually out of greed.  Corruption can destroy a generation and put a country at risk of widespread underdevelopment, retrogression and the arrest of development, a
1 comment
Read more
More posts